On the back porch of Pour House, a popular Charleston dive bar, you can find a smattering of murals lining the walls. Some of the panels bear realistic scenes and colorful characters, and some just simple patterns and geometric designs. But right on the back wall, perfectly placed for everyone to see, is a stunning purple wolf, watching over the bar. The creation was completed by Morpheus Artwork, otherwise personally known as Davidson Fong, a pillar in the Charleston art community and proud Islander. What started as a simple tattoo idea found its way into one of his most prominent local murals, yet the lengths of his artistic aptitude are not bound by one wolf. 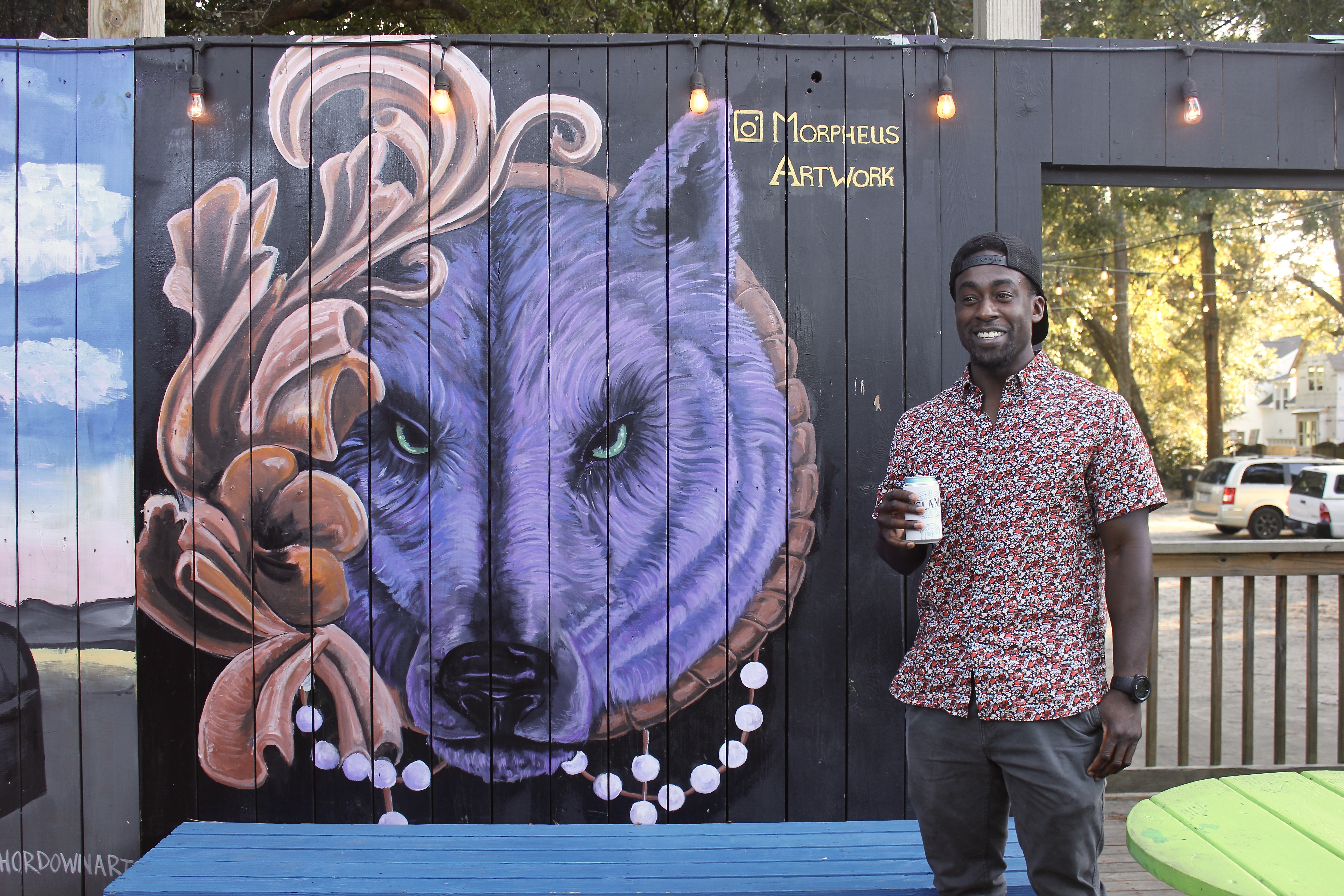 Born in Haiti and raised in Boston, Davidson was not always an aspiring artist. He did not start to dabble in the world of design until he found himself in college at the University of Kentucky, where he walked onto the football team as a running back. Since he joined the team at a strange part of the season, he found himself alone in the team dorm while his friends and teammates attended their previously scheduled workouts and classes. While trying to fill his alone time, Davidson found himself leaning into his affinity for art, drawing at any chance he got. Although he ended up going back home to Boston to attend a state school closer to home, he took this newfound passion with him, and never looked back.

During his time back in Boston after leaving Kentucky, Davidson divulged that it was one of his lowest points, yet it led to his strongest work. He was feeling down and alone, and his art gave him a sense of escape that helped him get through. His mediums ranged from sketching to painting, which ultimately led him down the path to starting his own brand, Morpheus Artwork. Davidson commented on the conception of the brand, and how he vibed with the parallel to Greek mythology.

“Morpheus wasn’t a god, he was a messenger from God to the people, and as an artist and someone with a voice, I want to be that messenger,” he said. “I want to give my audience a conversation that they might not have necessarily talked about before.”

While sitting in front of his wolf mural, titled “You,” he explained how this piece related back to that idea of being someone with a voice, but specifically how to be the strong voice within yourself. The purpose of the work is to serve as a glimpse into your soul, where you acknowledge your faults and merits alike. The floral design signifies growth, and the circle represents a mirror where you look to see your inner strength, or possibly wolf like spirit. 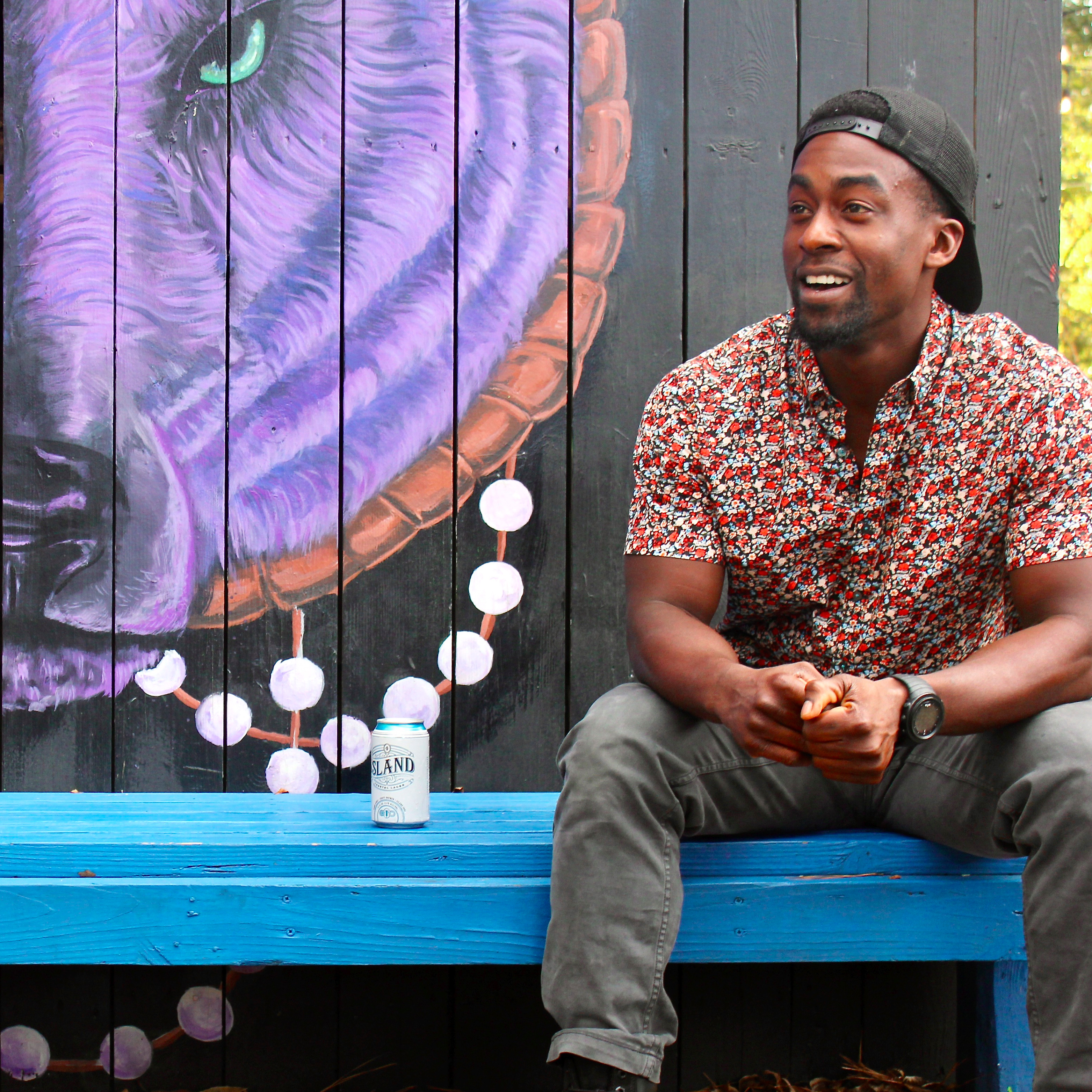 When not hustling to strengthen his artistic career, Davidson still works his day job to support his various creative aspirations. In true entrepreneurial spirit, he is constantly working to perfect the logistics of his craft and figure out how to make his art a full-time job. His most recent endeavor has been in the digital space, where he creates designs and sketches on his iPad. By breaking into the digital sector, he hopes to be able to sell his designs online in addition to working for hire as a muralist in the community. When asked how he manages to have his hand on so many professional projects he said:

“Being an entrepreneur, you’re always on the clock, and I am trying to manage my time better.”

When not at work or focusing on art, you can find Davidson performing in his band, also called Morpheus. Truly a jack of all trades, he can attribute his pursuit of his passions to the city he calls home.

“Charleston put me on track to becoming the person I want to be,” he said proudly, with a smile.

You can find Davidson Fong on Instagram at @morpheusartwork for his art page, and at @morpheus_music for his music page. His murals can be found in Charleston at Pour House, Tabbuli, Classic on King, and Frothy Beard (coming soon). 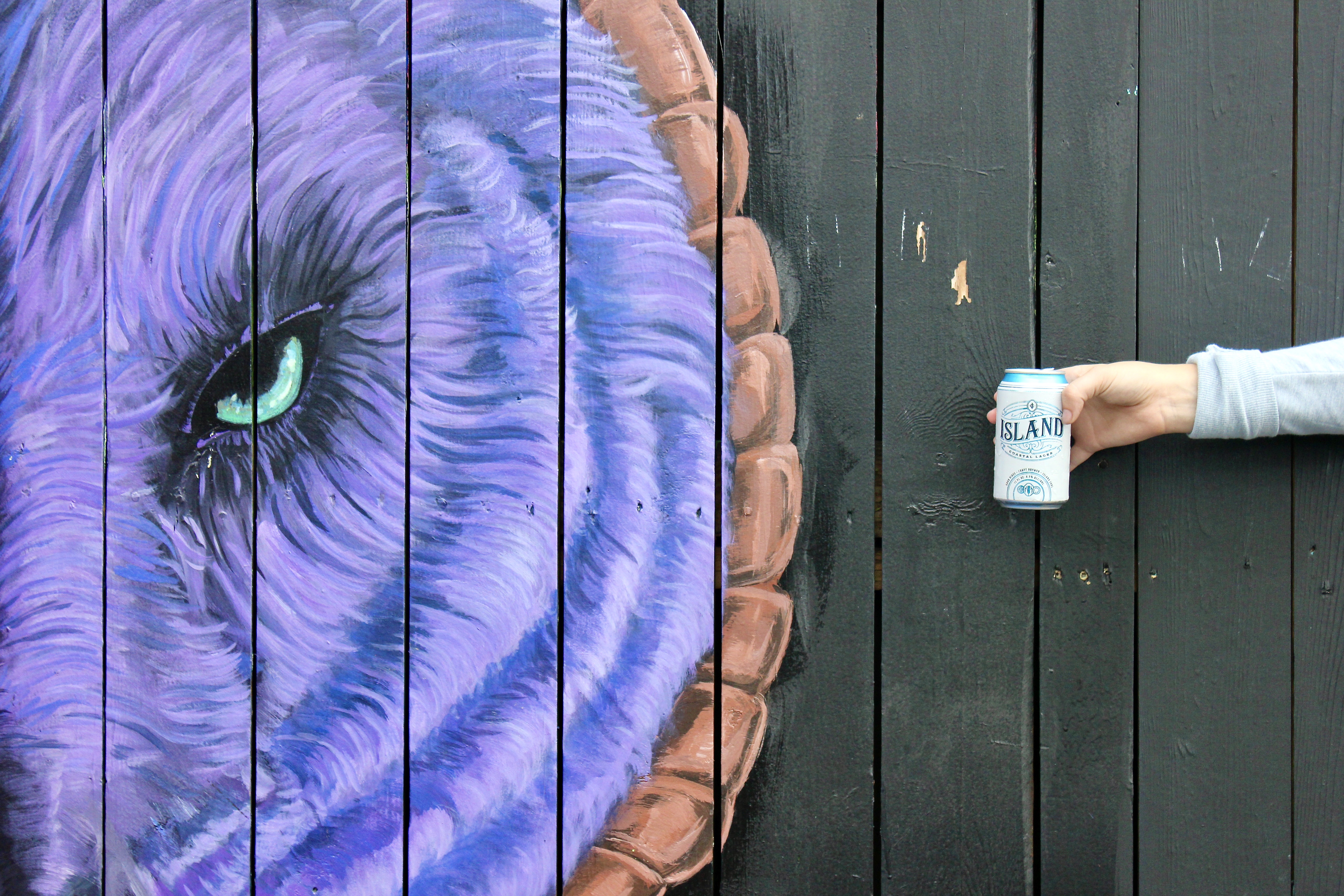